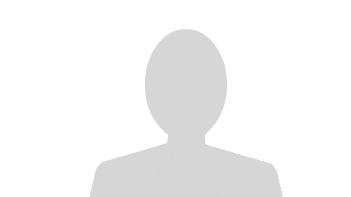 Dr Queck graduated from University Kebangsaan Malaysia (UKM) in 2009.He completed his Internal Medicine Residency Training with Singhealth from 2010-2012. He attained his Membership with Royal College of Physician (MRCP) UK in 2012. Dr Queck started his Neurology training with Singhealth Senior Residency Training programme from 2013-2016 and obtained his accreditation in Neurology from the Ministry of Health and Singapore Medical Council in 2016.Dr Queck served as Consultant Neurologist in National Neuroscience Centre (Singapore General Hospital Campus) and SengKang General Hospital from 2016-2019.
He contributed to the hyperacute stroke treatment roster in Singapore General Hospital, making decision for intravenous thrombolysis for hyperacute stroke and endovascular therapy. He also involved actively in service development and improvement in both Singapore General Hospital (SGH) and SengKang Genral Hospital (SKH), serving on the SGH and SKH stroke electronic clinical pathway and SGH Intensive Care Unit (ICU) committee.He has strong research interest in stroke with publication on cultural issues with stroke assessment tools, as well as granted pilot grant for his research project. He was the principal investigator on a study on cardiac shunting in young stroke.
Dr Queck is active in medical education. He was appointed as Clinical Lecturer with National University of Singapore (NUS) School of Medicine and Lee Kong Chian (LKC) School of Medicine. He was also appointed as Adjunct Instructor with DUKE-NUS School of Medicine.Dr Queck won numerous awards during his training and service in SGH/SKH. He was awarded Outstanding Resident Award in 2013/2014 and Best Resident Award in 2014/2015. He also received several Singapore Health Service Award in 2013/2014, 2014/2015.