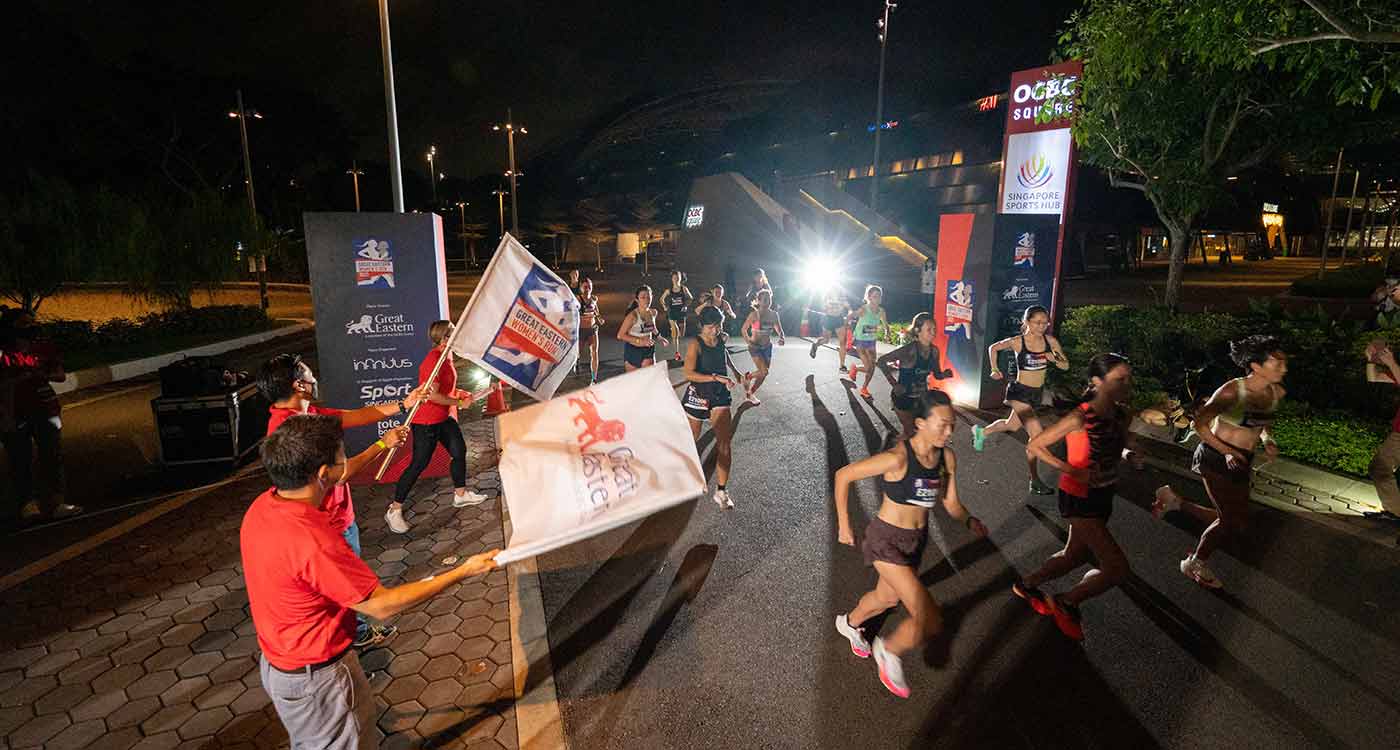 SINGAPORE, 14 November 2021 – Today marks the start of the month-long first ever virtual edition of the Great Eastern Women’s Run (GEWR), with close to 4,500 participants. The ladies will be running across a total of five different race categories, with a special 113km category to commemorate Great Eastern’s 113th anniversary this year, and will clock in their distances via a mobile app from now until 15 December.

In conjunction with the 15th edition of GEWR, Singapore also welcomed the return of the competitive half-marathon segment this morning. The well-anticipated race saw 15 invited local elite runners competing ‘live’ in the first all-women physical race in Singapore in two years, and the longest competitive road running race organised this year.

The elite runners were flagged off at 5.30am at Stadium Riverside Walk by Colin Chan, Managing Director of Group Marketing, and Keith Chia, Head of Group Brand and Marketing, Great Eastern.

At the prize presentation ceremony held later in the morning, Guest-of-Honour Ms Low Yen Ling, Minister of State for the Ministry of Culture, Community and Youth and Ministry of Trade & Industry, and Khor Hock Seng, Group Chief Executive Officer of Great Eastern presented the trophies and cash prizes to the top three Elite winners.

Winner Rachel See, 39, said: “It was a very good run, because we haven’t run for so long. It’s been almost two years and we didn’t really know what speed to go at or what to expect, it was just about coming here to have fun with the other ladies because we’re all friends. The route is very simple. The path was very clear, there was completely no blockage, and the race lead cyclist was good – he was helping me navigate and would point out the water points to me.”

To mark the return of GEWR after the cancellation of the race last year due to the Covid-19 pandemic, the 15 local elite runners, together with Great Eastern staff and financial representatives, also led a fund-raising initiative. Donated monies will go towards the two selected beneficiaries – Breast Cancer Foundation (BCF) and Daughters Of Tomorrow (DOT). More than S$101,000 has been raised for women with breast cancer and to help underprivileged women in society lead a better life.

Colin Chan, Managing Director, Group Marketing, Great Eastern, said: “Great Eastern has always been an avid supporter of local athletes and the Singapore sporting scene. We are very pleased to be able to bring the Great Eastern Women’s Run back in a hybrid manner this year – a virtual edition for the public and the first physical competition for the top female runners. It is vital that we continuously adapt and not allow the pandemic to deter us from living life to the fullest. I trust that this year’s edition gives us all the boost and confidence in the right direction”.

“We also thank our elite runners, Great Eastern staff and financial representatives, who activated their networks to raise funds for our beneficiaries.” added Mr Chan.